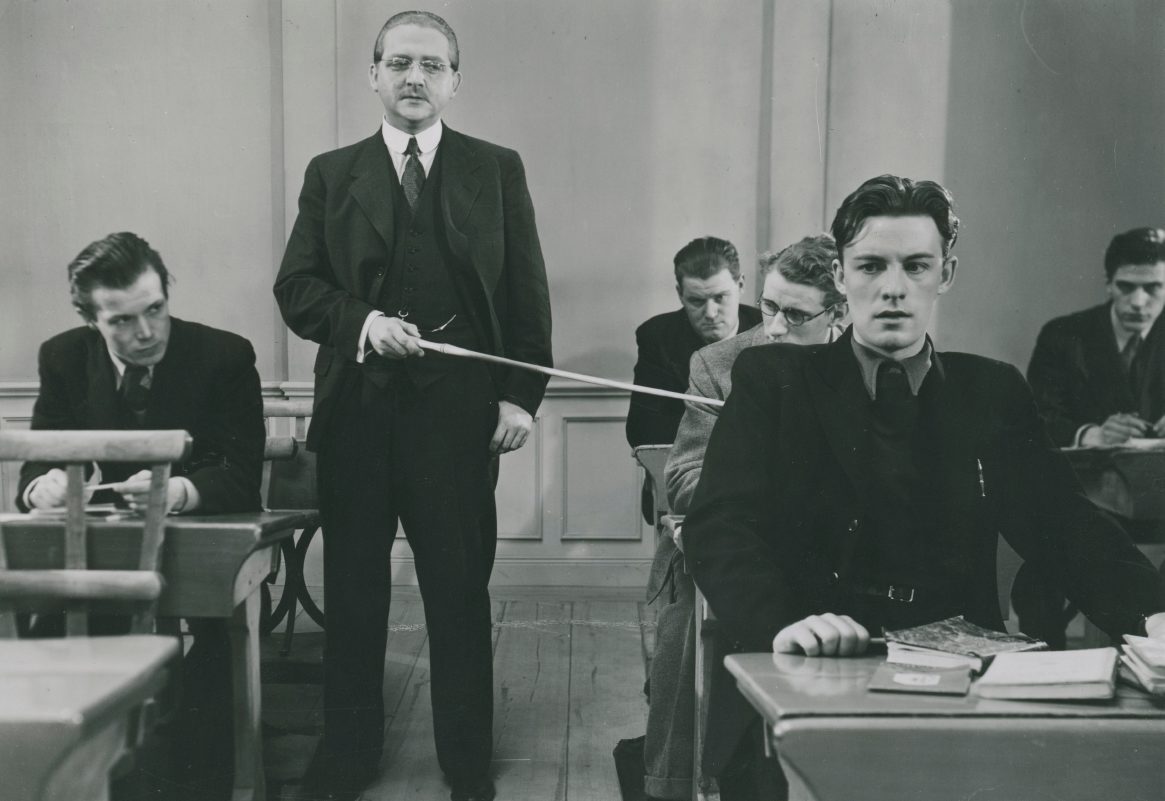 The great director-in-waiting was bedridden due to illness and, according to his own account, the film came to him in a flash, like a vision. The script was scribbled into an old Latin notebook that Bergman then put into a chest of drawers and forgot about. Only in 1943 did he send Torment (Swedish: Hets) to SF Studios where Gustaf Molander read it, was impressed and wrote: ”For one who has suffered through numerous Swedish screenplays – banal and clichéd dramas with false depictions of man, silly and cheap comedies, musical romances with dull songs – the present synopsis is, despite its shortcomings, a refreshing drink. Perhaps not a glass of spring water, but a substantial and well spiced brandy which burns the throat and at first makes you choke, but whose aftertaste becomes: this film is honest.”

Perhaps not a glass of spring water, but a substantial and well spiced brandy which burns the throat and at first makes you choke, but whose aftertaste becomes: this film is honest.

Around the same time director Alf Sjöberg was looking for a new screenplay and was given Torment. Bergman and Sjöberg discussed the script, and their similar experiences of school. After a joint rewrite, production began. Bergman wanted to be Sjöberg’s assistant director, but Sjöberg refused. However, he needed someone for continuity and Bergman, who had no idea what that entailed, agreed straight away. He later described the shooting with Sjöberg as an important learning period.

Alf Kjellin was cast in the lead role of the student, Jan-Erik. Stig Järrel, who more than anyone in Swedish film history has personified demonic tyrants, played Jan-Erik’s nemesis, Caligula. The story is a power struggle between these two, with a tobacco shop assistant, Bertha, also having a large role. She was played by Mai Zetterling, who would later go on to be a successful director. The film score was composed by the Swedish composer Hilding Rosenberg.
Torment received glowing reviews in the Swedish press. In Aftontidningen Stig Almqvist wrote: “The young theatre director Ingmar Bergman wrote Torment. He must be a film talent! Depiction in images comes naturally to him – the screenplay has bite, rhythm and drive. Only the end straggles.”

Ingmar Bergman’s directorial debut Even though Torment was based on Ingmar Bergman’s script, it was Alf Sjöberg’s film in all but the last scene. The ending was first filmed...
Read more 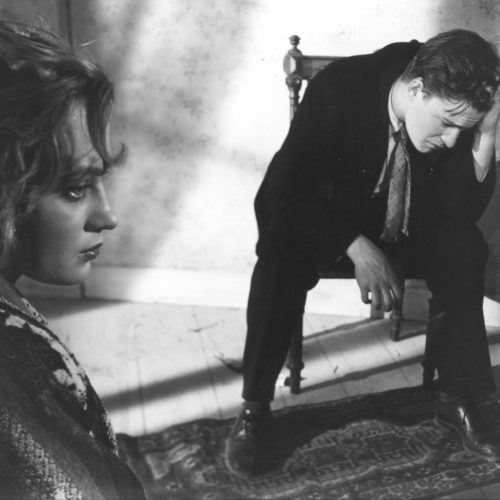 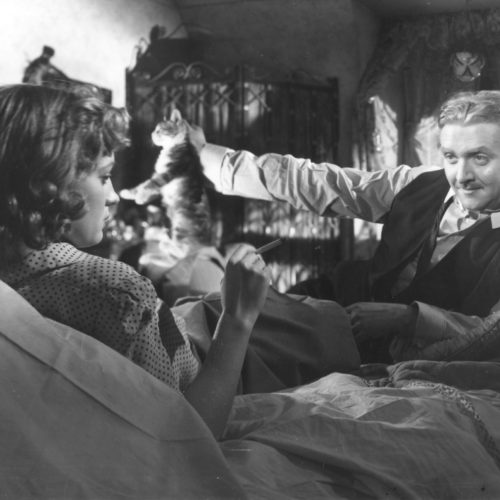 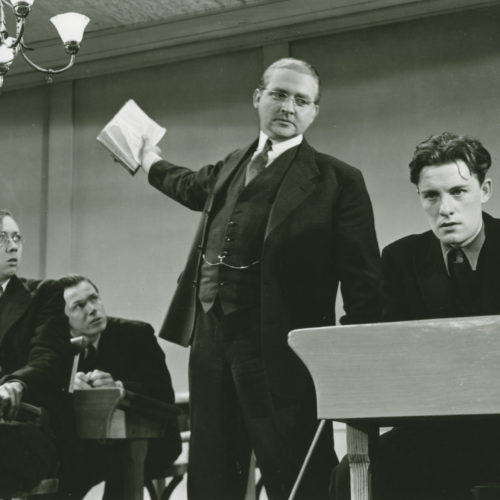 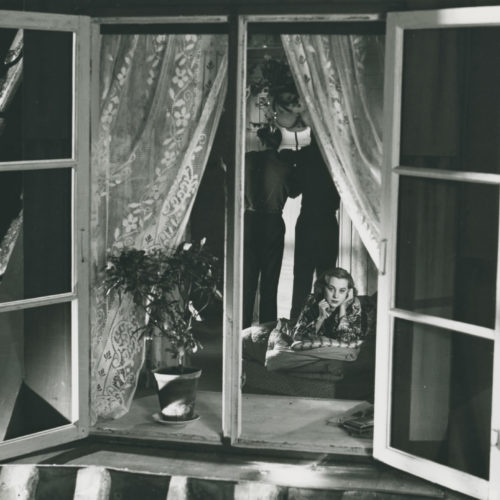 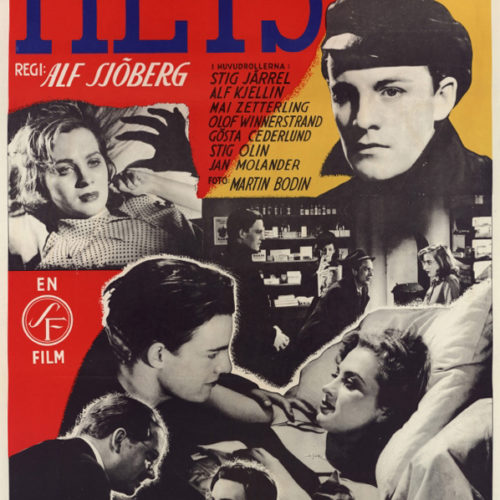 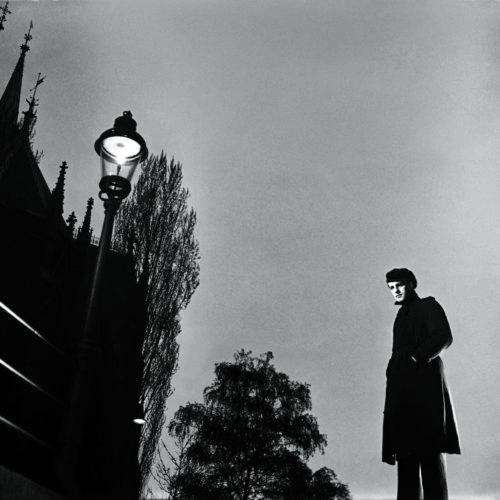 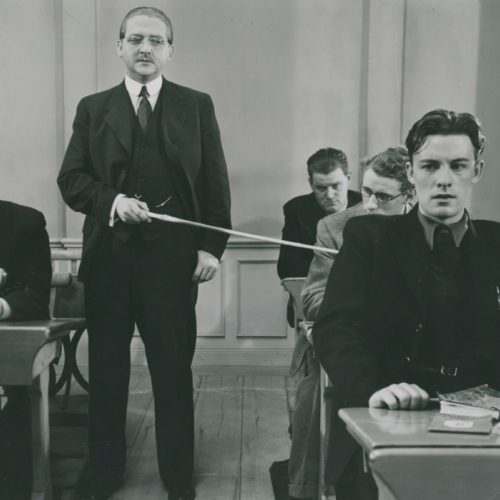 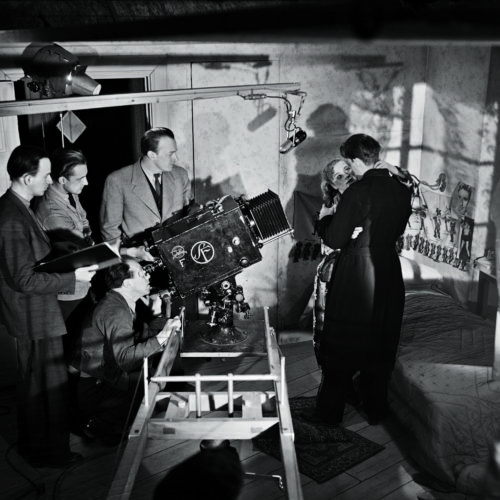 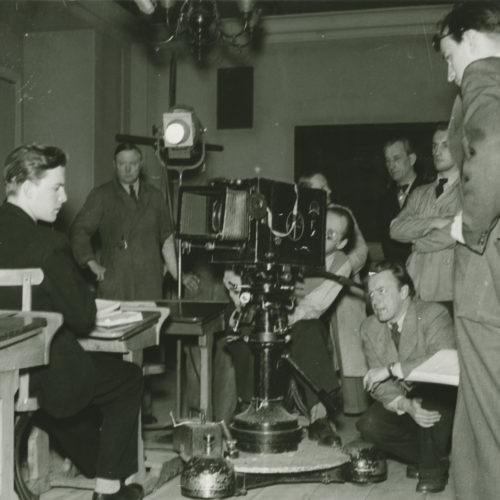