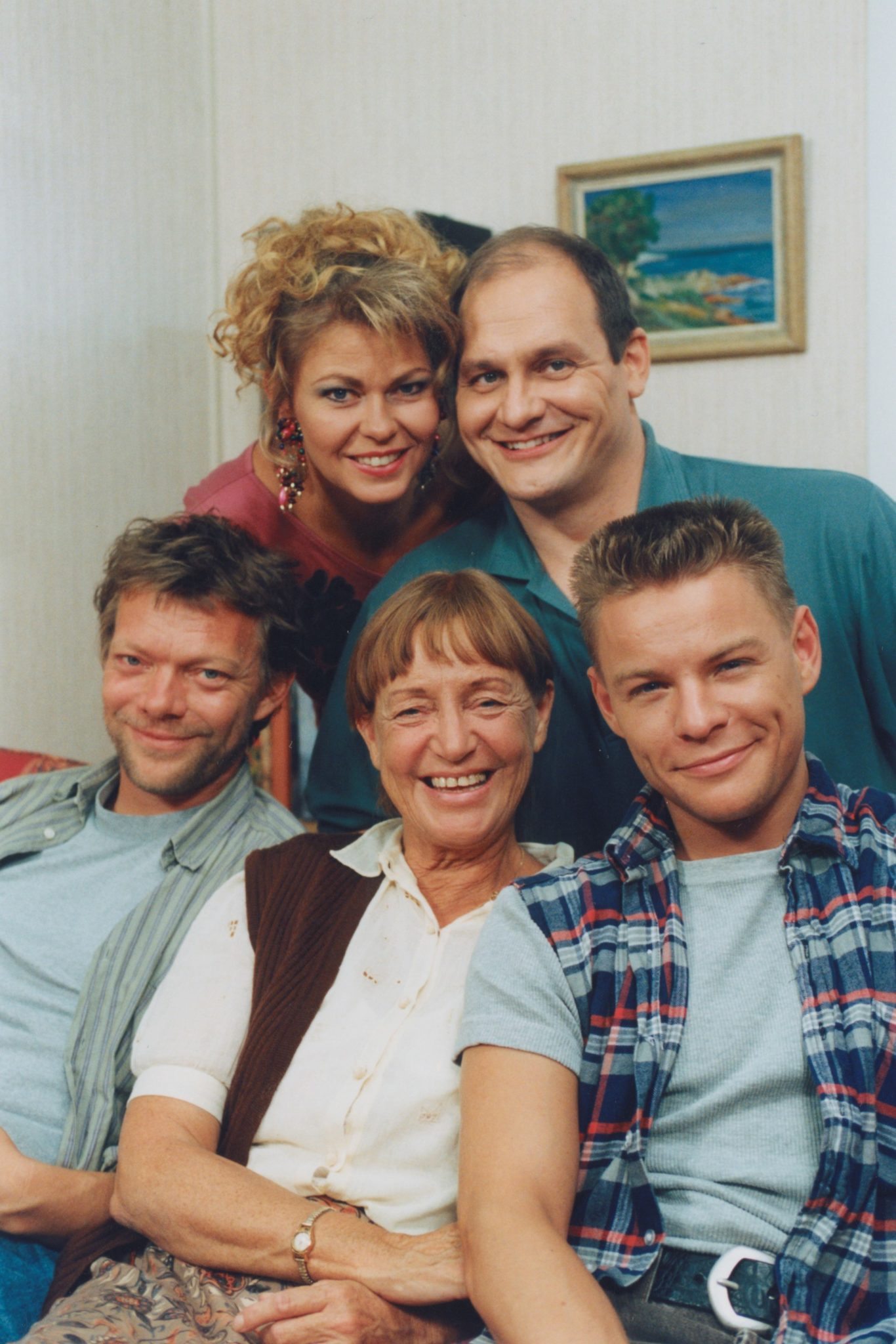 In Sweden, most people born before 1990 have some kind of relationship with the TV soap-opera Three Crowns. The series revolved around the Wästberg family and was set in the residential suburb of Mälarviken. It was broadcast in 45-minutes episodes every Wednesday evening in winter and spring for 10 seasons, between 1994 and 1999. It was produced by SF Studios and recorded in their brand-new studios in Kungens Kurva, just outside of Stockholm.

To this day, many people wonder what happened to the characters who survived the attack.

The Wästberg family is comprised of the mother Birgitta (Christina Schollin), father Hans (Ulf Brunnberg), daughter Lisen (Sara Möller) and son Hans-Åke – or Klimax as he’s known (Niclas Olund). In addition, there’s an array of more or less prominent figures who affect the lives of the Wästbergs. Reine and Mimmi Gustavsson (Bertram Heribertson and Ing-Marie Carlsson) are the most memorable, and even got their own feature film in 1997, also produced by SF Studios. The actors all became big stars in Sweden and several of them are still well-known today. Noomi Rapace, who played Linda Gonzales, is the best example but mention should also be made of Johanna Sällström, who played Victoria Bärnsten and tragically passed away in 2007.

Three Crown’s success was massive. In a country of 9 million people, episodes regularly attracted more than 2 million viewers, peaking at 2.3 million. The audience was also deeply attached to the show. The brutal ending of the series, when the psychopathic pastor Sten Frisk (Per Ragnar) blew himself up in a suicide bomb taking most of the fictitious town with him, created an outcry. To this day, many people wonder what happened to the characters who survived the attack.

The series was part of SF Studios’ new focus on episodic drama and it was created by Peter E. Falck, who was also the creator of Swedish Television’s popular soap-opera – and Three Crowns’ big rival – High Seas (Original title: Rederiet). Exterior scenes were filmed in the Stockholm suburbs of Farsta and Sätra. 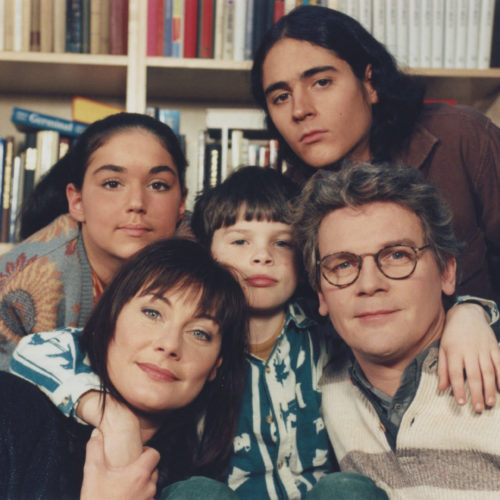 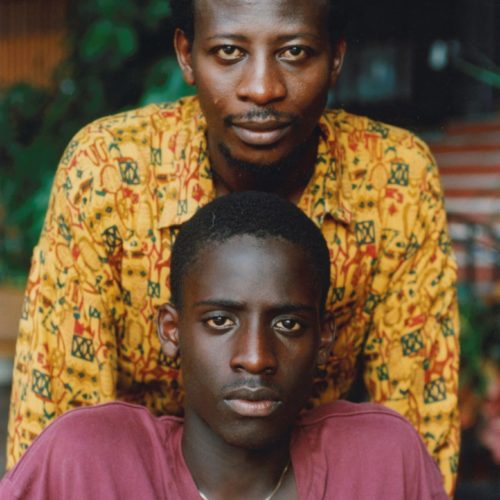 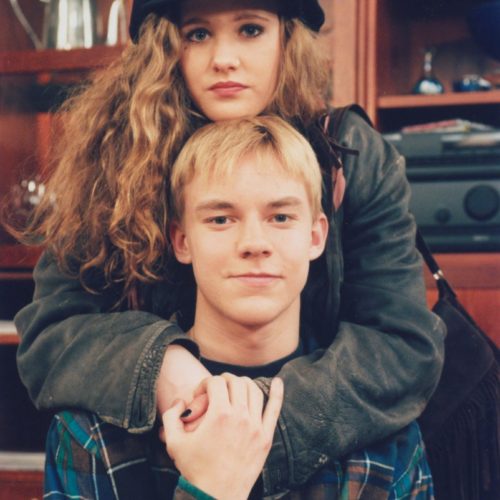 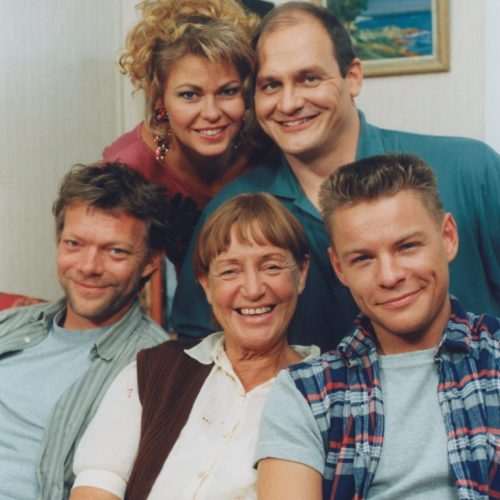 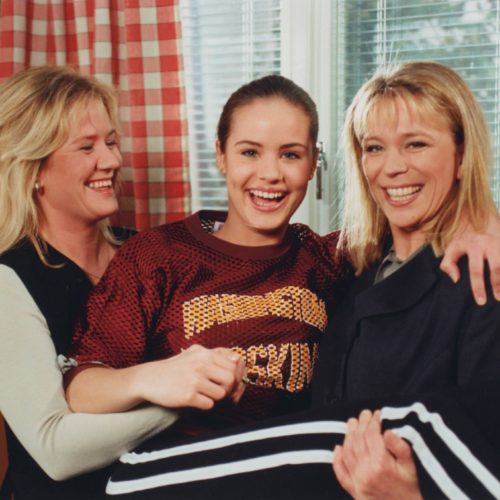 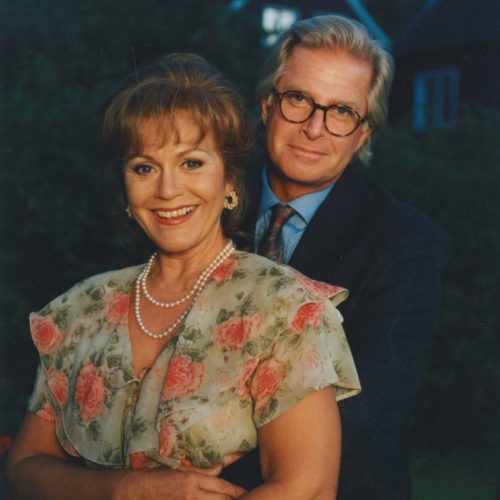 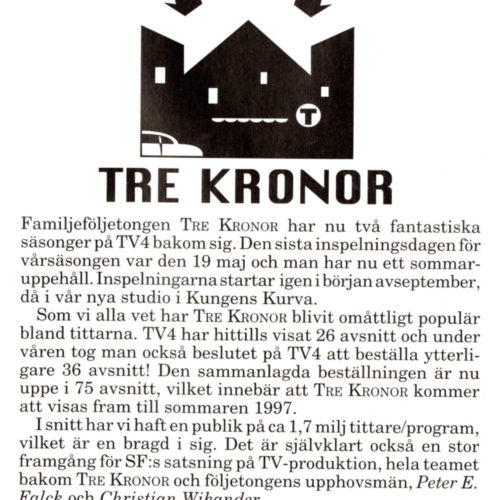