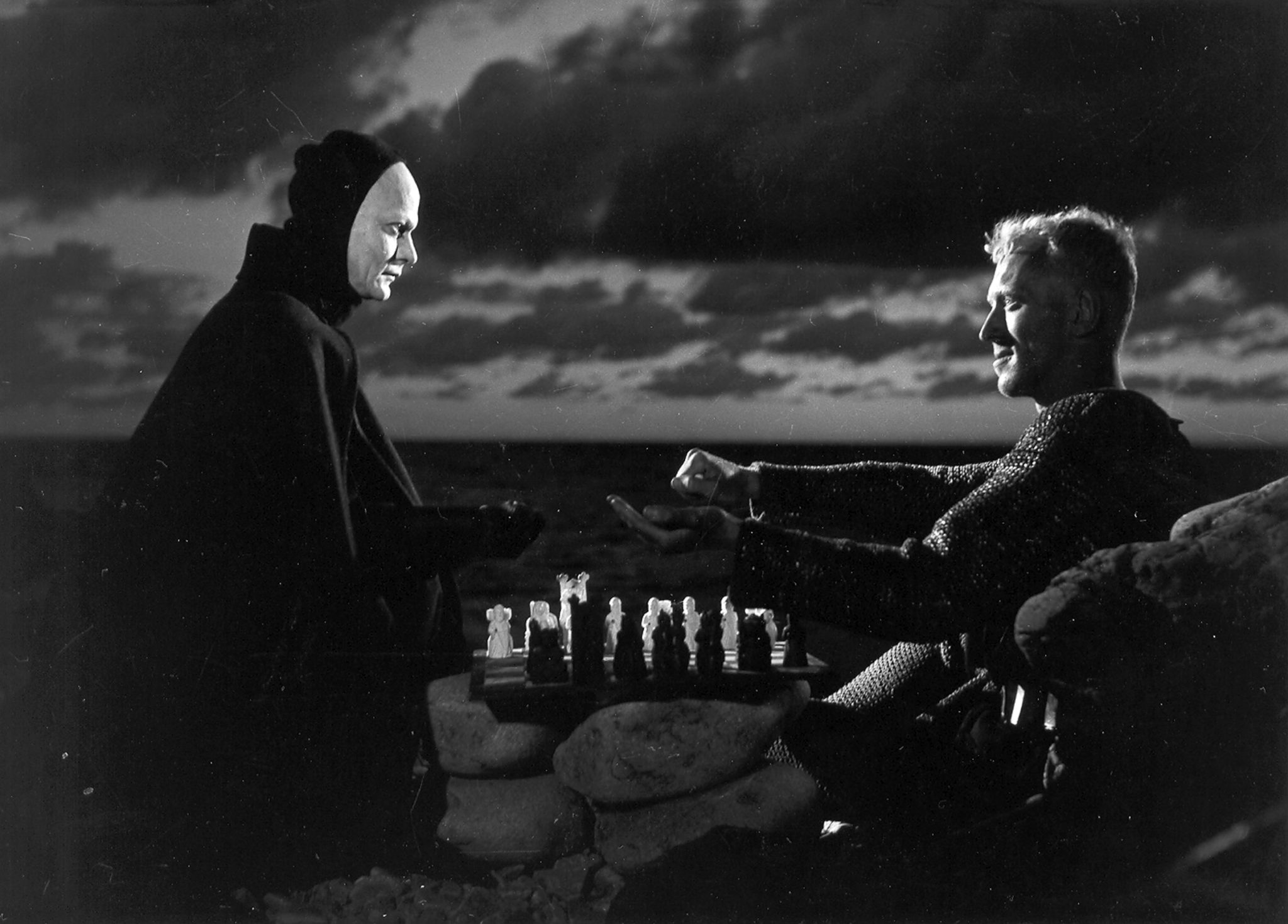 The Seventh Seal (Swedish: Det sjunde inseglet), released in 1957, is probably the best-known Swedish film ever made. Along with Persona and Fanny & Alexander, it is often named as one of Bergman’s best and most influential works.

It’s set in the 14th century when the Black Death is ravaging Europe. A knight, Antonius, and his squire Jöns are on their way home after a crusade to the Holy Land. On a deserted beach, the Anto-nius meets a figure clad in black.

Antonius manages to negotiate an extension to his life through a game of chess. The opening scene is one of the reasons the film has become iconic. The scene and the dialogue have shaped the per-ception of Bergman as an existentialist filmmaker.

But why has the status of the film continued to grow? Perhaps it’s because of the quality of all its aspects: Bergman’s screenplay and direction, Gunnar Fischer’s dazzling black and white cinematog-raphy, the acting – not least by 27-year-old Max von Sydow,, who bears the world-weariness and longing for atonement with God and with himself on his knight’s shoulders. As his squire, Gunnar Björnstrand is the voice of reason and irony with his harsh view of life. A jester couple, Bibi Anders-son and Nils Poppe, represent a down-to-earth, childishly carefree faith in the future. Together they form humanity’s archetypes that oddly work dynamically well together. Despite death and violence forming the background of the film, it’s humanity and the human condition that are always in the foreground.

I handed [the screenplay] to SF and they dismissed it. Then success followed with Smiles of a Summer Night and I was allowed to do it as long as I did it in 35 days – and I did it really cheaply and really simply in 35 days.

The Seventh Seal was given time to develop. It started with the play Wood Painting (1954) which Bergman wrote for the pupils of the Malmö City Theatre acting school. This was first performed as a radio play, before being staged at the Malmö City Theatre and then transferring to the Royal Dramatic Theatre in Stockholm. Only after that did Bergman think that he wanted to make a film based on the play. He has said that he wanted to make a film to combat his fear of death. That’s why he gave Death a leading role. Inspiration came from a painting by Albertus Pictor that dates from the Middle Ages and can be seen in a church in Täby, near Stockohlm. It depicts Death playing chess.

In an interview in the book Bergman on Bergman, he says: ”I handed [the screenplay] to SF and they dismissed it. Then success followed with Smiles of a Summer Night and I was allowed to do it as long as I did it in 35 days – and I did it really cheaply and really simply in 35 days.”

Upon its release, The Seventh Seal was seen as a masterpiece. In the newspaper Expressen, Staffan Tjerneld wrote: ”The Seventh Seal isn’t only Ingmar Bergman’s most beautiful film.
It also has the simple but difficult-to-grasp beauty of the essential artwork.” The film won the Special Jury Prize in Cannes (shared with Andrzej Wajda’s Kanał and was Bergman’s international breakthrough.

The question remains, though: why set it in the Middle Ages? In an interview on the radio show Dagens Eko, Bergman said that he saw a parallel between the Middle Ages and the threat of hydro-gen bombs. Doomsday then, and doomsday now. With the same logic, our contemporary threat of climate change and nuclear war makes the film more topical than ever. It still reminds us that we are mortal. 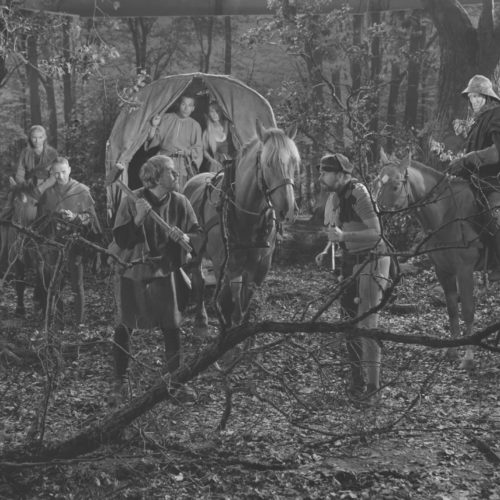 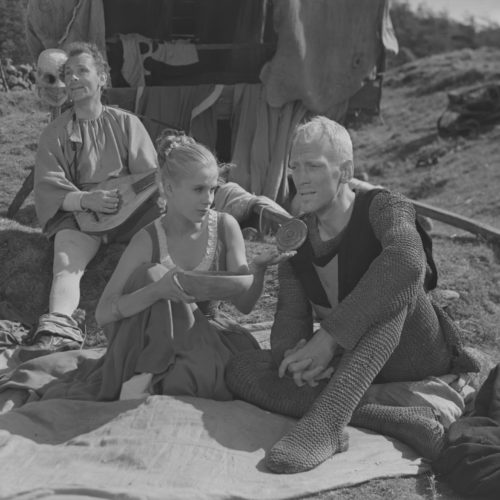 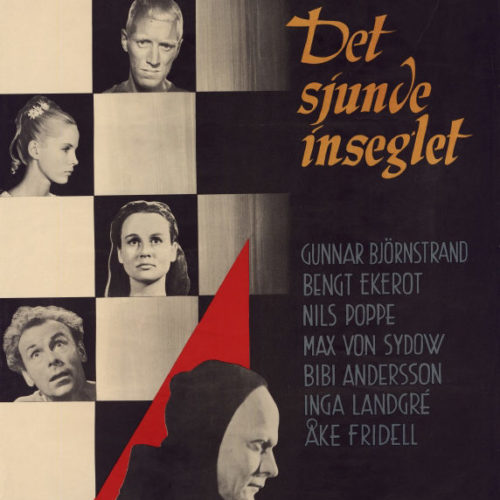 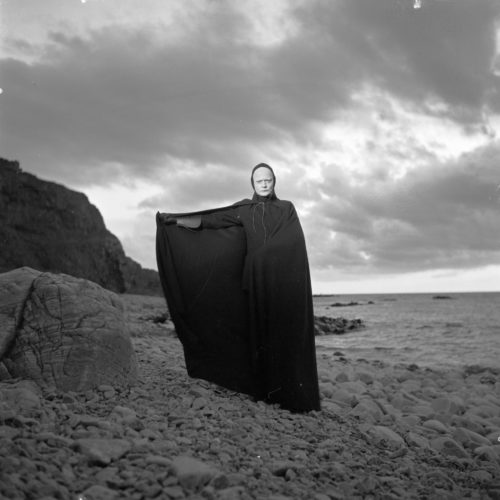 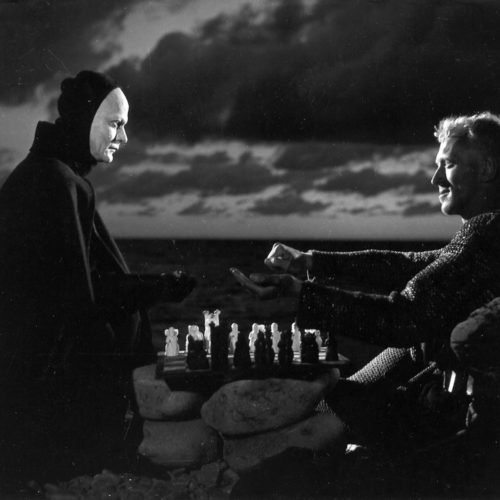 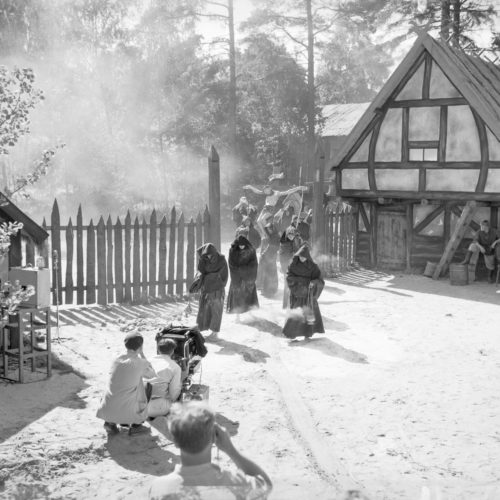 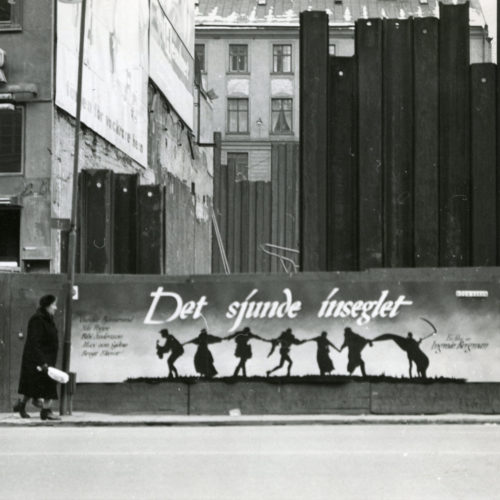 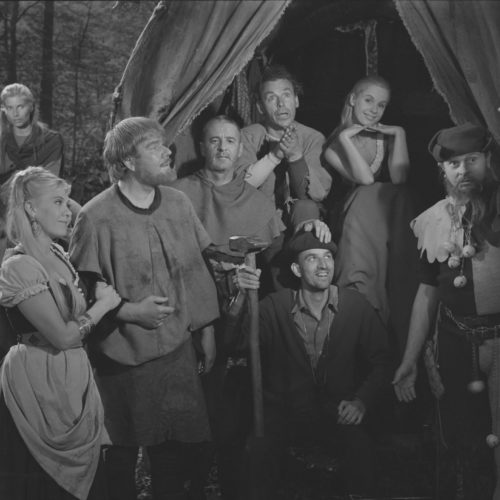 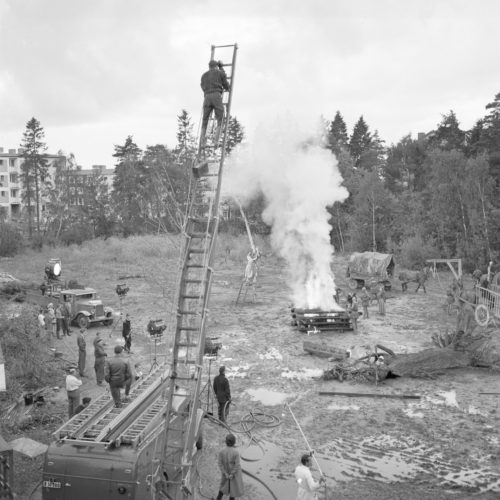 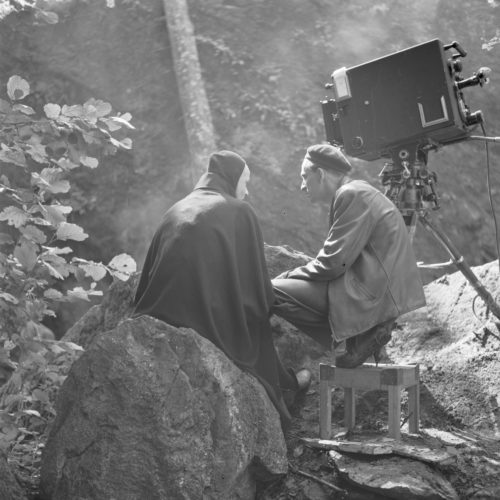 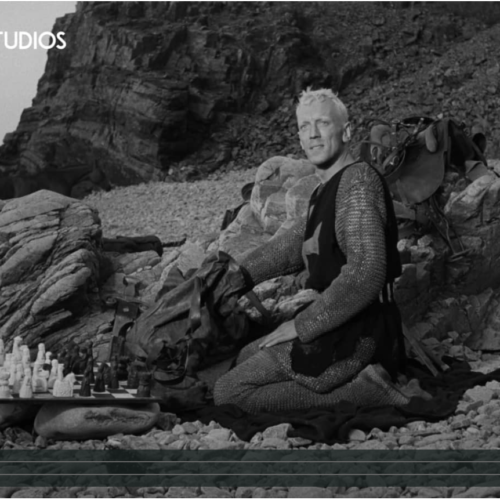