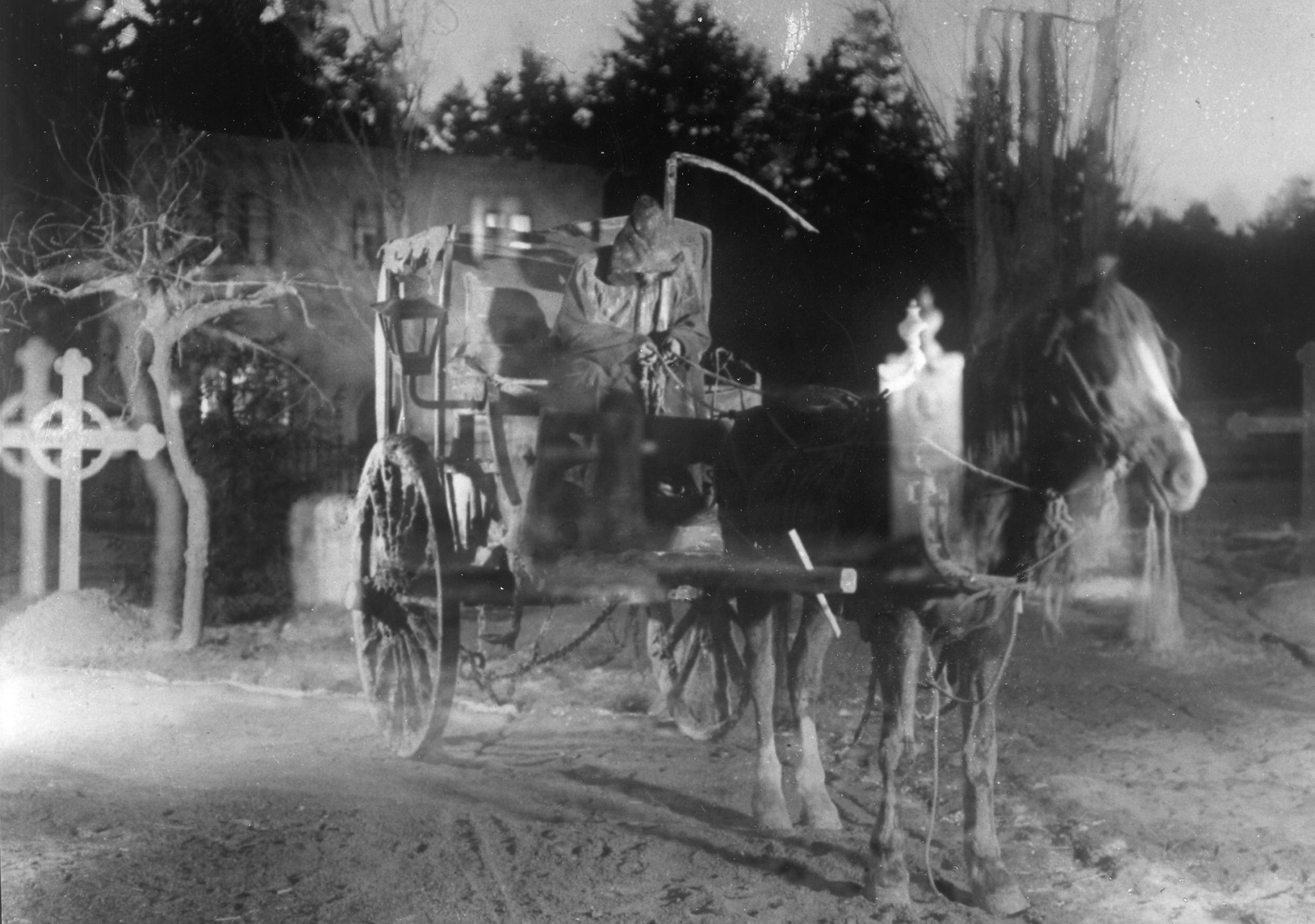 In 2012, Sweden’s leading film review magazine, FLM, asked its readers to vote for the best Swedish film of all time. The Phantom Carriage (Swedish: Körkarlen), released in 1921, was the winner. The silent film, a dramatization of Selma Lagerlöf’s novel from 1912, is widely seen as the pinnacle of the career of the great star Victor Sjöström, as both actor and director. Even without dialogue, Sjöström and a cast that included Astrid Holm, Hilda Borgström and Tore Svennberg created and conveyed a humanitarian message and drew the audience into the drama. There are a number of notable details about the film. It was the first to be filmed at the brand-new studio in Råsunda during the summer of 1920 and it was assigned production number 1.

It’s easy to imagine that Sjöström was attracted by the film’s complicated story and the possibility of developing it in an ultra-modern studio. Nothing was left to chance and the director was able to demonstrate the full extent of his talent. Despite the fact that The Phantom Carriage was the first film to start production at Råsunda, it was not the first to have its premiere. That honor went to A Lover in Pawn (also directed by Sjöström), which premiered on 11 October 1920. Editing and post-production work on The Phantom Carriage was done with an artisan’s skill, requiring time and know-how. Before it was ready to be shown,  Sjöström worked on the film for several months with laboratory technicians. As a result the spirits and ghosts in the film acquired a believable degree of transparency.

One of the newcomers he was tasked with developing was a young Ingmar Bergman, one of the three greatest icons of the company alongside Ingrid Bergman and Greta Garbo.

As was his habit, Sjöström premiered the film at the Röda Kvarn cinema in Stockholm on New Year’s Day (it was also screened at Cosmorama in Gothenburg on the same day). It’s said that in the first two months 100,000 Stockholmers saw the film, a quarter of the city’s total population. Even abroad, the perception of Sweden as a leading film-making country was bolstered. The film quickly climbed to the top of the box office charts in America and England, a highpoint in the golden age of Swedish cinema.

Hollywood took notice and a few years later, in 1924,  Sjöström departed from the SF Studios family for some years. He returned at the end of the 1940s as the Artistic Director of Råsunda – the same title he had when Svenska Biografteatern, the predecessor of SF Studios, employed him. One of the newcomers he was tasked with developing was a young Ingmar Bergman, one of the three greatest icons of the company alongside Ingrid Bergman and Greta Garbo. Ingmar Bergman would grow to become one of the world’s most celebrated directors, but at least once every summer, throughout his life, he sought inspiration by watching his favourite film in his private cinema on the island of Fårö: “I can clearly see how The Phantom Carriage, even in its smallest detail, has influenced my work.” 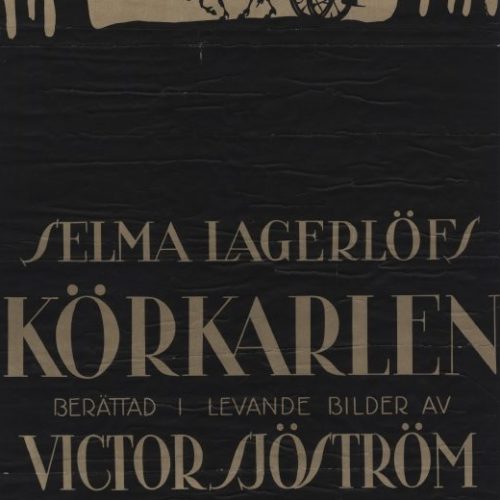 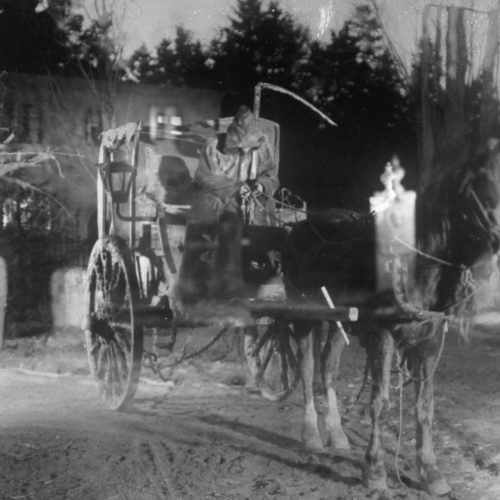 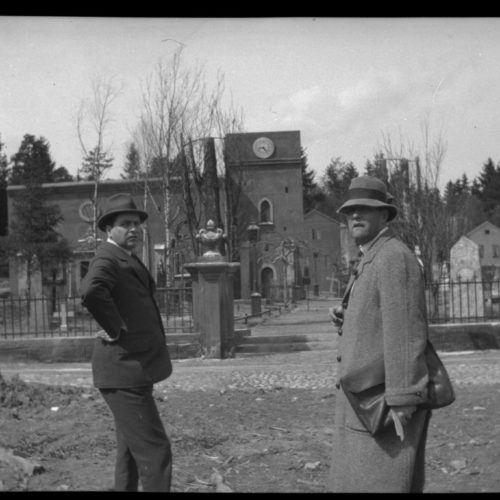 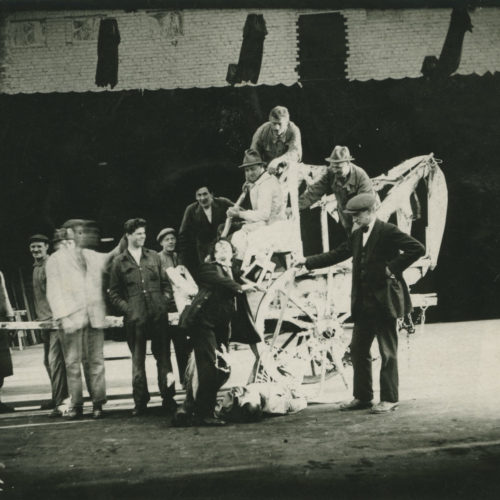 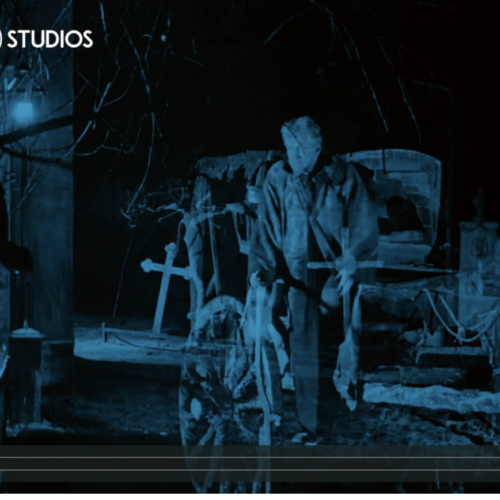