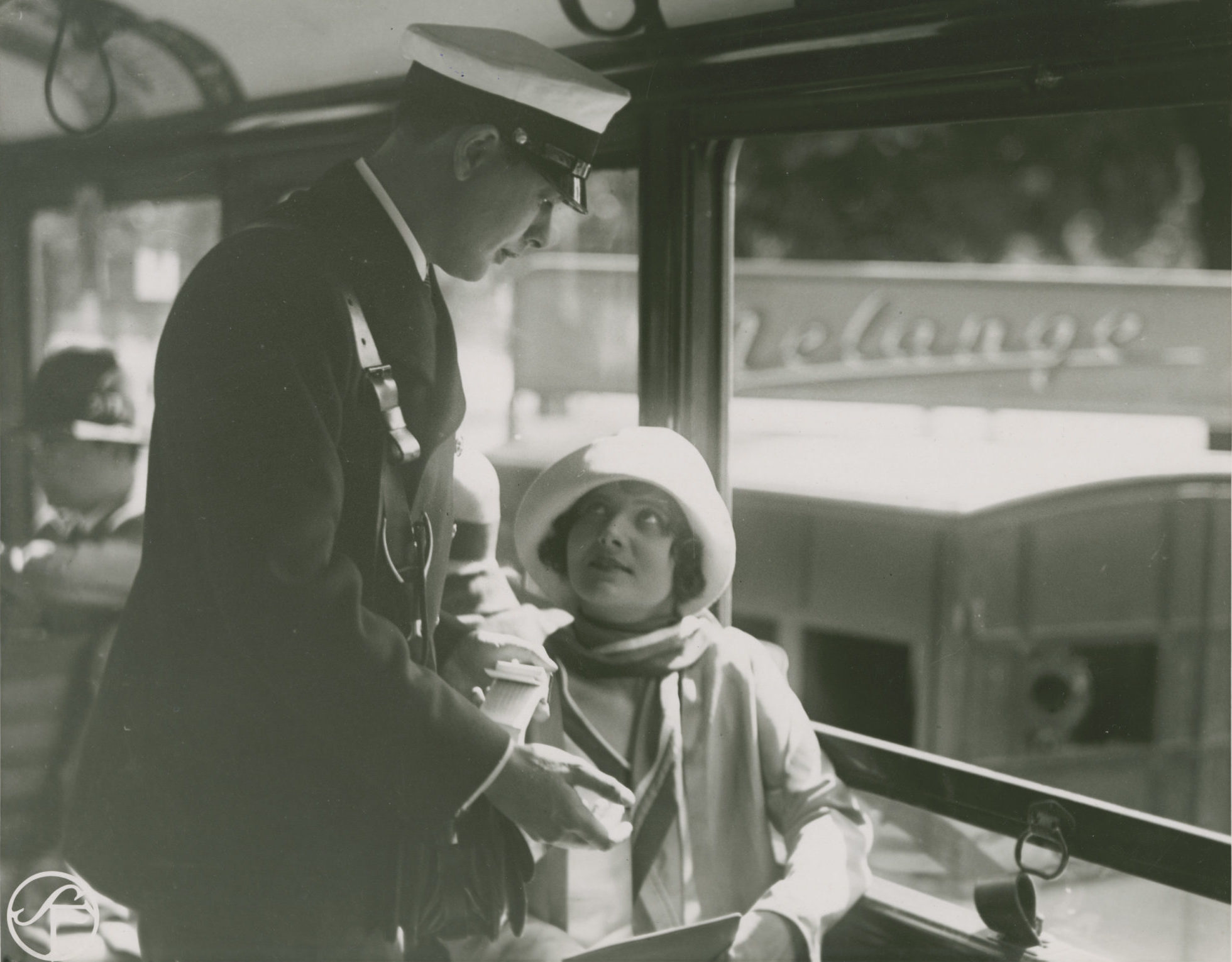 When cinema audiences in the USA first heard sound in the movies they burst out laughing – that’s how strange it was. The Dream Waltz (Swedish: Säg det i toner), directed by Julius Jaenzon and Edvin Adolphson, premiered just after Christmas 1929 and was the first SF Studios production with sound. It was clear that sound was the future of film but The Dream Waltz came at precisely the turning point between old and new – a film with sound but not yet a ”talkie.”
The film was an unprecedented success and led to a new era of sound films. The soundtrack was made up of songs and musical inserts, probably with some sound effects and atmospheric sound, synchronised with the film. The dialogue was conveyed as in a normal silent film through inter-titles. In the many cinemas in Sweden that lacked sound equipment it was screened as a silent film.

The Dream Waltz came at precisely the turning point between old and new – a film with sound but not yet a ”talkie.”

The film was perceived as smart and funny, and earned critical acclaim. As the feared critic Robin Hood (the pen name of Bengt Idestam-Almquist) wrote in Stockholms-Tidningen: “The Dream Waltz gets you right away! The camera swoops over Stockholm, stopping here and there at especially beautiful views and especially well-known places. It takes in City Hall, glides close to the clock where the gilded figures just appear and precariously make their short way back into the wall again. Whilst the music beautifully portrays Örjanslåten (St George’s Song), the camera flits over to Slussen, and over to Söder, up to a little ramshackle house on Söderbergen.”

The film gave Håkan Westergren his first leading role, as a young tram conductor who dreams of being a composer of popular songs and by chance meets an engineering student, Lisa, played by Elisabeth Frisk, who lives in one of the wealthy villas out on Djurgården. It’s a Stockholm Romeo-and-Juliet story where class differences make love complicated, but the songs and music and Stockholm itself still lend hope. The title song “Säg det i toner”, a song written by Jules Sylvain, became a huge hit. With The Dream Waltz, SF Studios took a step into the future. Unfortunately for Swedish film, however, language would become a barrier as English quickly established itself as the common language of cinema in the Western world. 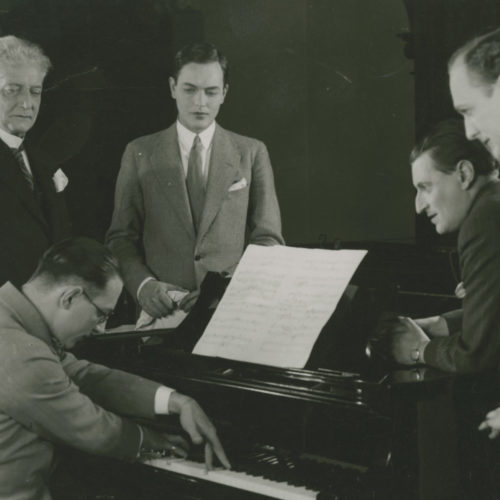 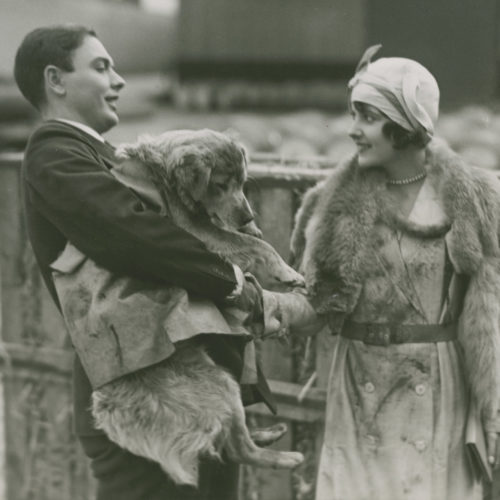 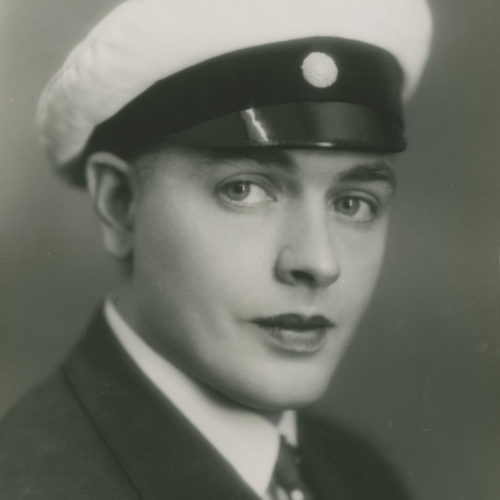 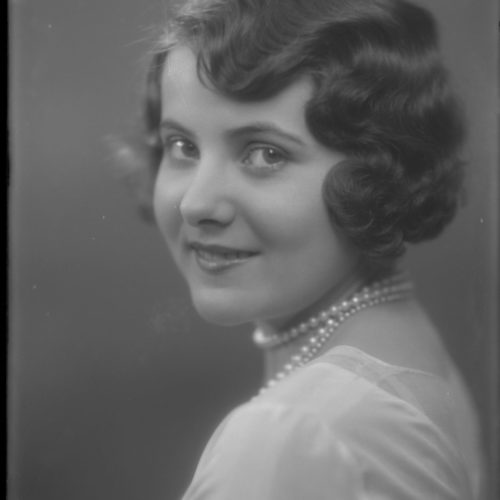 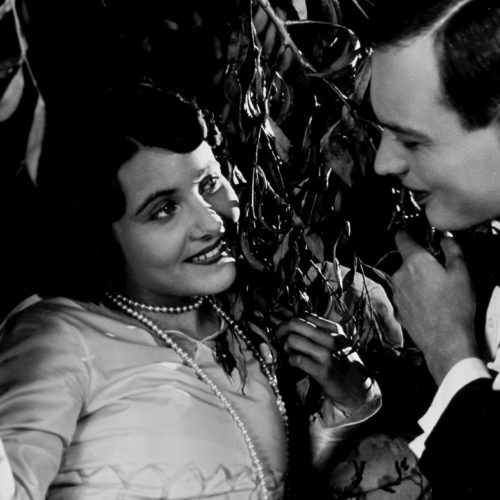 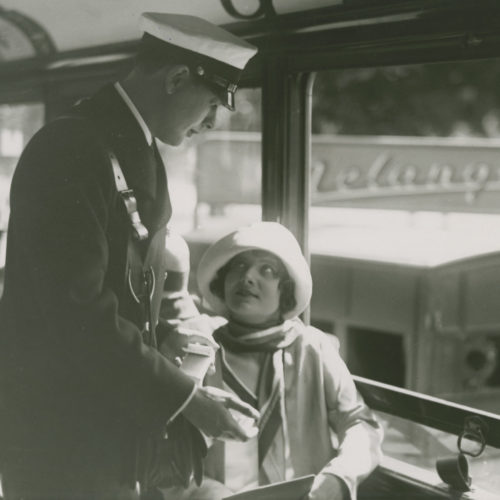 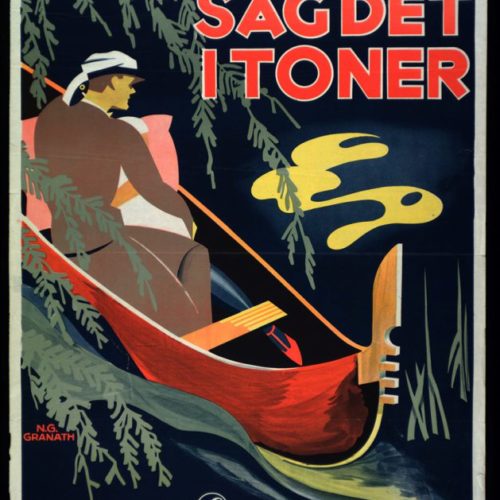 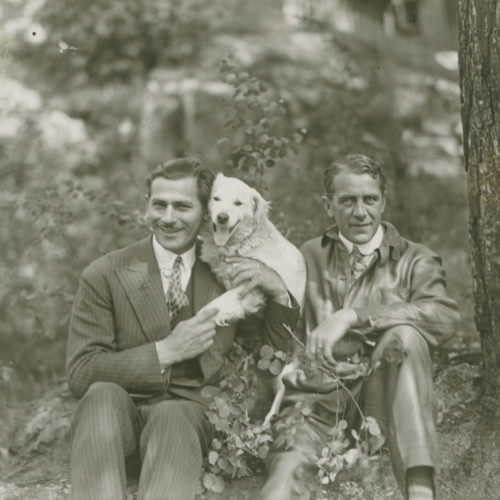 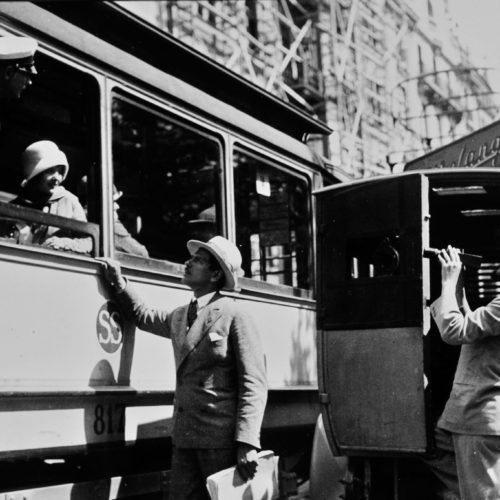 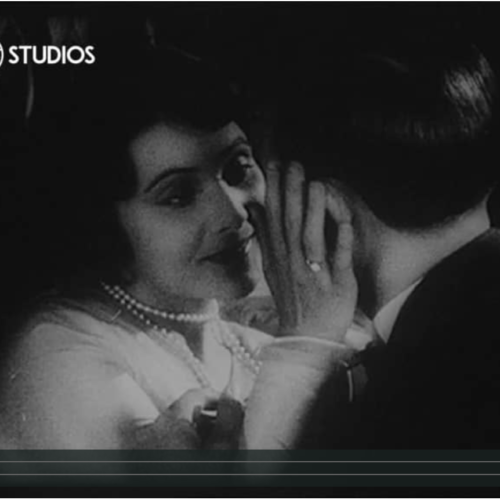