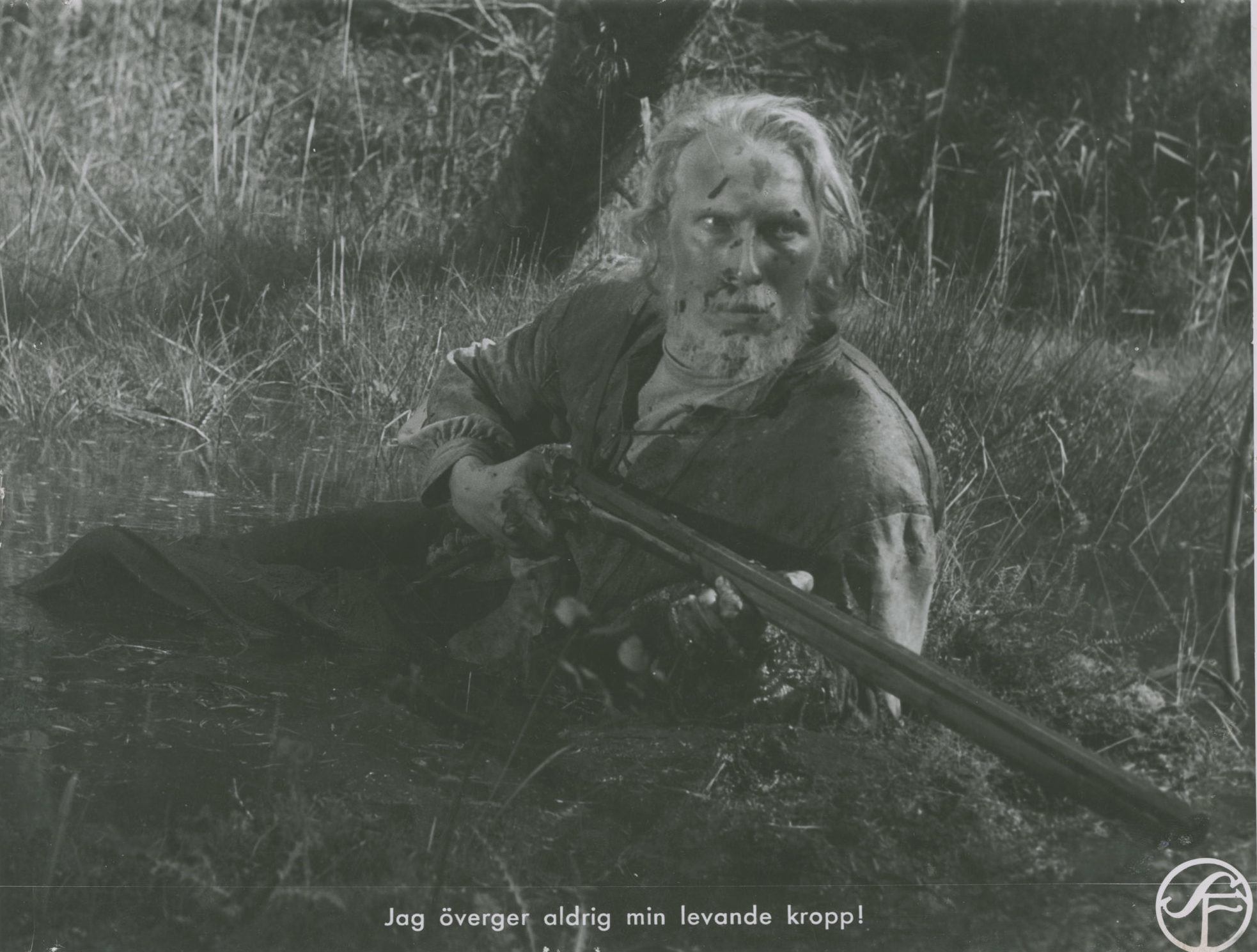 Night Riders (Swedish: Rid i natt!), with its serious tone and biting dialogue, was released at the height of the Second World War and gave renewed vigour to SF Studios’ film production. The film was based on Vilhelm Moberg’s novel Ride This Night and had its premiere in November 1942, in the middle of the Second World War.

The story is set in the 1600s, in the Småland region of Sweden, when German bailiffs oppressed peasant farmers. It can be seen as an allegory about Nazi repression at the start of the Second World War. The film, directed by Gustaf Molander, starred Oscar Ljung as Ragnar Svedje with Eva Dahlbeck making her debut as Ragnar’s fiance. In the film, the farmers promise each other to not yield to superior forces, but when the bailiff’s men come to the village, no one dares protest. Only Ragnar Svedje wants to fight for justice. He’s forced to abandon his farm and flee into the woods. When he is later killed, a messenger passes through the village with the words “Ride tonight!” Ragnar Svedje’s death will not be in vain and the people rise up against the foreign oppressors.

We haven’t managed to read it yet, but the chorus of reviews in all the papers say it is so dramatic and so cinematic that our ears are ringing.

Filming took place one year after the book on which the film is based was released. SF Studios contacted Moberg directly to buy the film rights. The Head of Screenplays at SF Studios, Stina Bergman, wrote: ”We haven’t managed to read it yet, but the chorus of reviews in all the papers say it is so dramatic and so cinematic that our ears are ringing.”

At the time the film premiered, the battle of Stalingrad was raging and the end of the Second World War was still very uncertain. The film took an unusually sharp stance against Nazi oppression. A few similar films from SF Studios that made a clear standpoint were There Burns a Fire (1943) and The Invisible Wall (1944). Night Riders can also be seen as a symbol for the new SF Studios, under the leadership of Carl Anders Dymling (who joined in 1942). As head of the studio he was unlike his more commercially minded predecessor, Olof Andersson. He managed to bring Victor Sjöström back to SF Studios. Sjöström took over as Artistic Director at Filmstaden and a young Ingmar Bergman started working at Svensk Filmindustri’s script department, having been discovered by the writer Stina Bergman. A new chapter of Swedish films had begun. 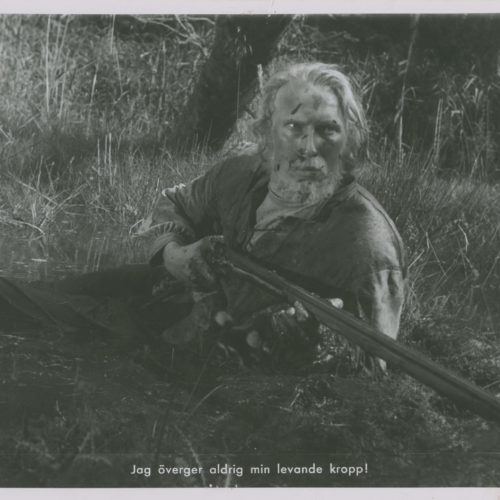 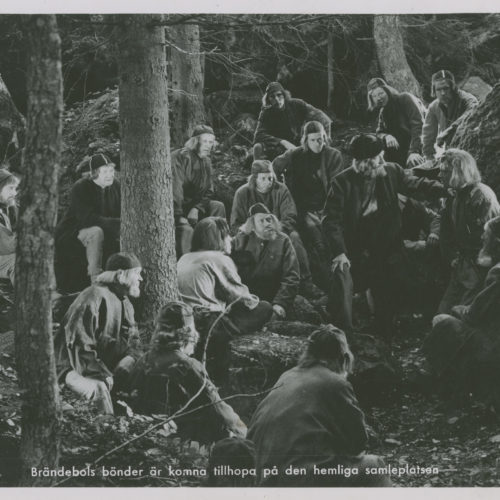 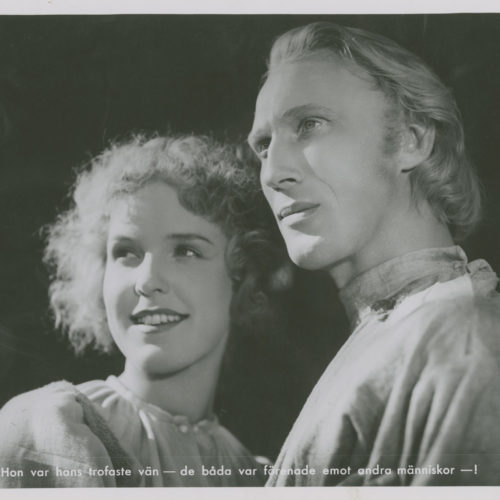 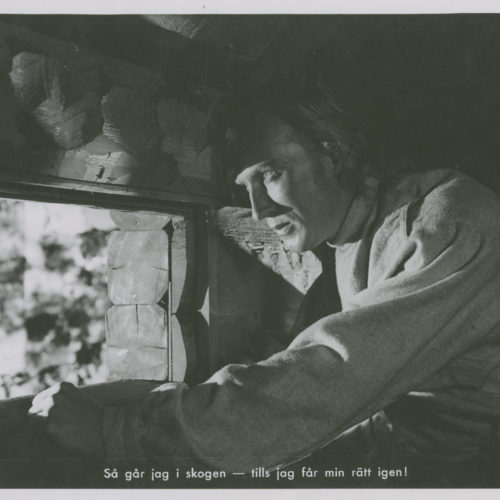 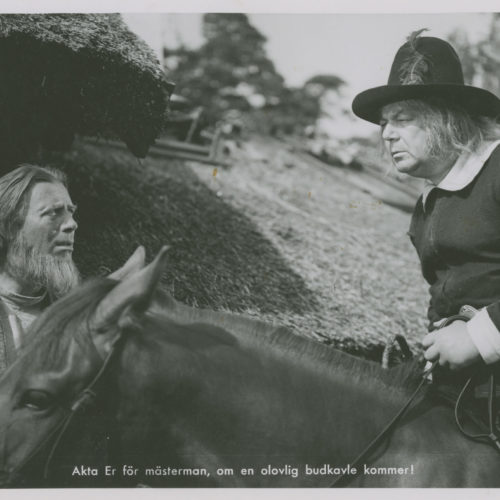 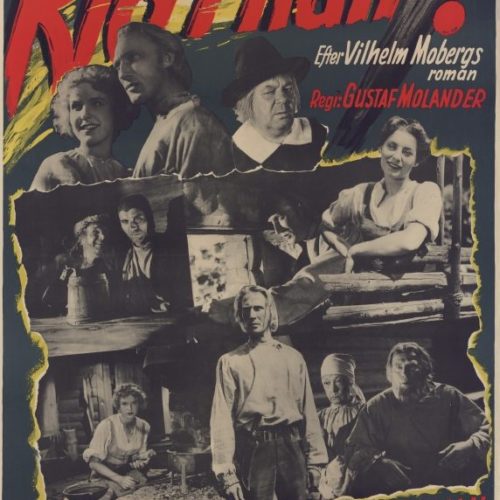 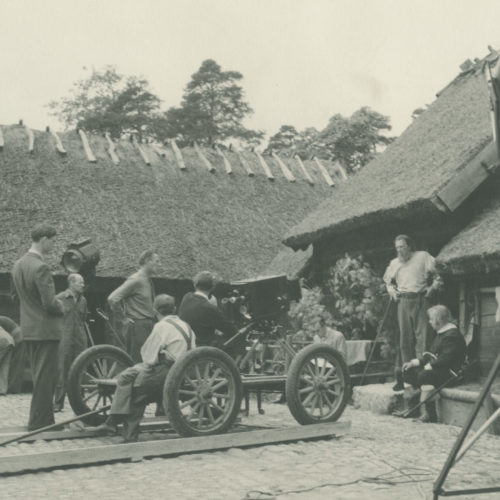 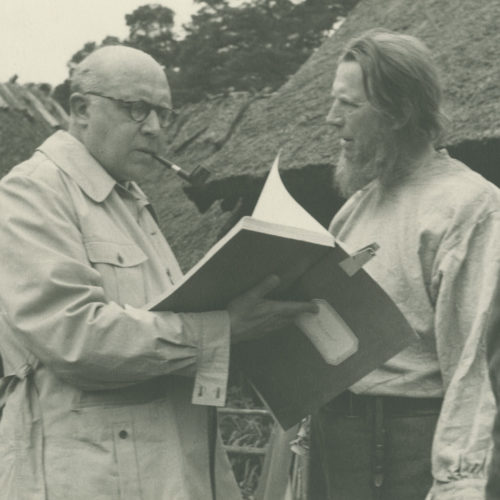