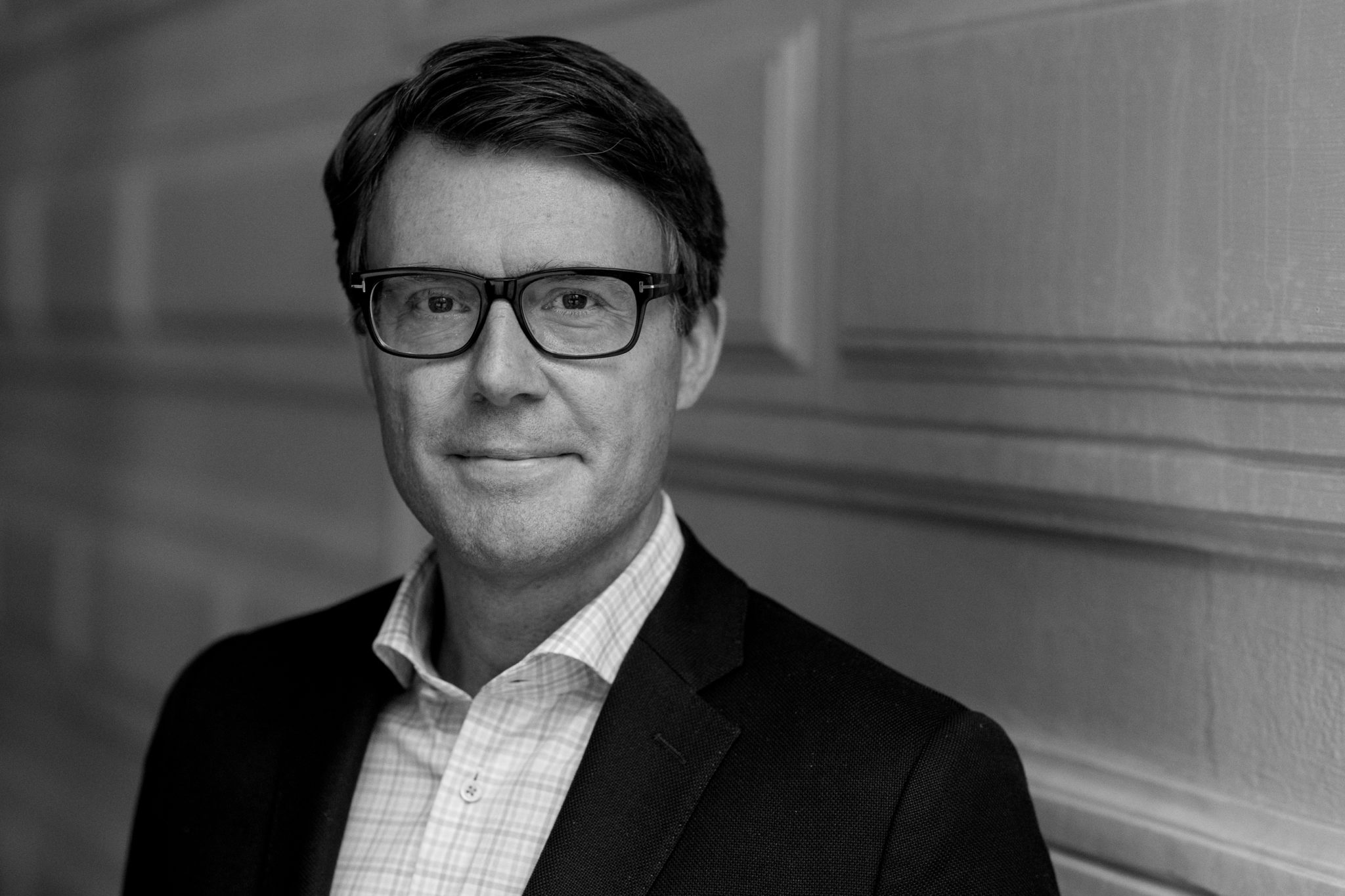 CEO Michael Porseryd about the future

In 2019, SF Studios celebrates its 100th anniversary as a film studio. Michael Porseryd, CEO at SF Studios, uses the legacy of 100 years of filmmaking to lead SF Studios into the future. In this article, Anders Landén, editor at the Centre for Business History in Stockholm, summarizes SF Studios’ legacy and interviews Michael Porseryd about the past, the present and the future of SF Studios.

SF Studios was founded as Svensk Filmindustri on 27 December 1919 by the merger of AB Svenska Biografteatern and Filmindustri AB Skandia. However, it didn’t take long for the company to attract international attention with successes including Erotikon (1920), The Phantom Carriage (1921) and The Legend of Gösta Berling (1924). Their international approach often consisted of lavish and ambitious productions, preferably based on a known Nordic literary work. SF Studios played a significant role in what would become known as ”the golden age of Swedish film.”

However, when the sound films emerged in the 1930s, SF Studios, like many other film production companies across the world, began to focus on the local home market. Sound films simply didn’t travel as easily internationally as the silent ones had done. Many of the most beloved Swedish stars, such as Sickan Carlsson, Nils Poppe, Gösta Ekman (the elder) and Tutta Rolf from Norway had SF Studios as their home in this period.

The 1940s brought new international successes such as Torment (1944), which won the Grand Prix at the Cannes Film Festival (the predecessor of the Palme d’Or), and Symphony of a Citiy (1947), which won an Oscar for Best Short Film. In the 1950s, Ingmar Bergman’s The Seventh Seal (1957) attracted a great deal of international attention and has gone on to become one of the most iconic films of all time. In the 1960s, two SF Studios productions won Oscars for Best Foreign Language Film: The Virgin Spring (1960) and Through a Glass Darkly (1961), both directed by Ingmar Bergman. Since then, the company has produced a number of internationally renowned films such as Persona (1966), The Emigrants (1972), My Life as a Dog (1985), A Man Called Ove (2015) and Borg/McEnroe (2017).

I hope that we continue, for the next hundred years, to attract the greatest creators to make quality films which seduce large audiences, not only in the Nordic countries but also internationally.

For 100 years, SF Studios has found and collaborated with a whole range of talented people, and many have returned to SF Studios after working abroad, including working in Hollywood.

SF Studios’ CEO since the fall of 2016 is Michael Porseryd and he finds strength in this heritage:

”SF Studios should be a warm and welcoming workplace where people can realize their dreams,” says Michael Porseryd, CEO of SF Studios. “We should be a creative motor for talent, both in front of and behind the camera, within film and TV drama. We don’t have a patent or technical solution to depend upon, but a security – our history and knowledge about how to get great talent to create great art and in that way realize dreams.”

Today SF Studios operations include the production and distribution of film and TV series for the Nordic and international markets, as well as running the digital services SF Anytime and SF Kids Play. The company has offices in Sweden, Denmark, Norway, Finland and Great Britain. Nordic co-operation started during the silent film period with adaptations of classical works from Nordic countries. In addition to being a film company, SF Studios now works with television and has produced some of the most acclaimed Nordic series in recent years, such as the Danish shows Badhotellet and Rita, as well as the Swedish series The Hunters, Alex and The Lawyer.

”Today, the company has a presence across the Nordics where we produce for local markets, but we also want to use our rights and our Nordic talents to produce film and TV for an international audience. In the future, we want to find our way back to the inter-national market we worked on almost 100 years ago” says Porseryd.

The centenary gives SF Studios the possibility to honour its past, shed light on what it represents today, and share future ambitions. There are many exciting things ahead for SF Studios. The acquisition of the Norwegian production company Paradox means that the company will produce film and TV in Norway where previously it only worked as a distributor. In addition, an international venture is currently underway where SF Studios, through producing English language films for an international audience, will transition from being a leading Nordic player to become a prominent European film studio with its roots anchored in the Nordic countries.

”Our goal is to be the leading distributor and producer of film and TV drama in all the countries in which we operate,” says Porseryd. “In addition to the films and projects that we are co-financing as a co-producer and/or distributor, it is reasonable to produce two or three films per year, and as many series, in the countries where we have our own production.”

As the centennial gets underway in early 2019, SF Studios has a number of projects which will be realised as part of their international efforts, for instance Horizon Line, with an original screenplay by Josh Campbell and Matt Stuecken (the screenwriters of 10 Cloverfield Lane), the adaptation of Jo Nesbø’s forthcoming novel I Am Victor, a new film adaptation of Vilhelm Moberg’s classic epic The Emigrants, an American remake of A Man Called Ove with Tom Hanks in the lead role, and the Danish film Margrete the First which is about a Danish princess who went on to become the queen of the entire Nordic region.

”We want to continue to be the company that creators turn to in order to realise their ideas and dreams. We’ll do that by offering a stimulating environment, freedom, and a market-leading know-how on how to market and launch films, in addition to having at-tractive rights. Our history shows that we’re a stable player with a long track record that has always adapted to changes in the outside world”, says Porseryd.

”I hope that we continue, for the next hundred years, to attract the greatest creators to make quality films which seduce large audiences, not only in the Nordic countries but also internationally”, says Porseryd.

2019 signals the end of a century for SF Studios, but also the beginning of an exciting time for the company. SF Studios sees that globalisation and digitisation offer the possibility to expand business both internationally and on a number of different platforms, such as its own services SF Anytime and SF Kids. Regardless of the opportunities and challenges that await SF Studios, it will continue doing what it has done best since 1919: ”We put magic in motion.” 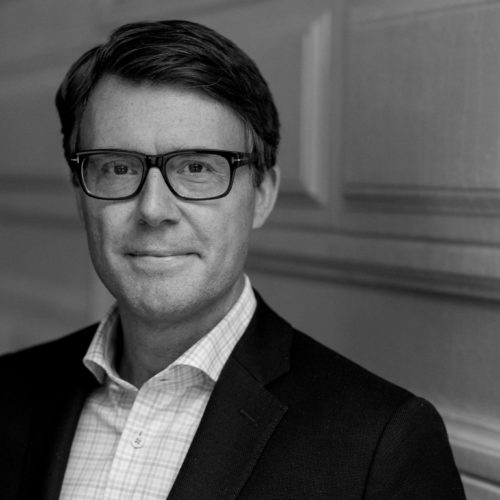